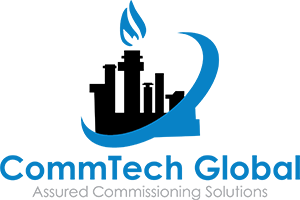 When CommTech Global opened its’ doors in 2017, our small but mighty operations primarily serviced the natural gas sector. As our company has grown (in size and services), it was a simple progression to expand into the solar sector as well. Kyle Frerichs, Lead Engineering Technician and Solar Engineer discusses and answers questions about this ever-expanding sector.

What services do we provide within the solar sector?

Solar has no intentions of slowing down, in fact, even with a global pandemic, the solar industry is noted for having record breaking growth in 2020. What changes have you noticed in this field over the last 12 months?

The last 12 months have been very fast paced in the Solar world for many reasons. One being the “green” energy that solar fields produce, and the affordability of solar power. The biggest change that I have seen, would have to be the number of sites being constructed. It is hard to drive down pretty much any road and not see some form of solar energy. Whether it be residential, industrial, or commercial.

You have been on numerous jobsites, solar array farms on both coasts. What- if any- differences are their based on where in the country the solar farms are located?

A lot of the differences are based on the city, county, or state codes and requirements for solar sites. For instance, in both sites in Illinois and the Oklahoma site, the power cables to the control panels and motors had to be installed underground. Another difference is the size requirements. Some localities will not allow a certain size site to be constructed due to zoning laws.

In states that are not known for their sun exposure, i.e., Oregon, how do panels obtain energy when it is primarily cloudy? Will panels still be efficient in cold weather?

Contrary to popular belief, solar panels do in fact produce power on cloudy days, it is just limited to 25-50% of their normal output. To counter this issue, most sites use the solar fields to power/charge a battery. Not the typical AA battery you have at home, but an industrial sized battery capable of outputting up to and sometimes beyond 1 Megawatts. That battery will store the energy from the solar panels and then use it as needed to make up the difference. The same is true for cold weather. The panels are again limited to about 40% of their normal output but functionality remains the same.

I once read that solar power can fuel airplanes. Are there any solar facts that sound completely made up but are true?

That does sound far-fetched, but it is true! Solar cells can power an airplane, and that airplane is called the Solar Impulse 2 and it circumnavigated the Earth! Solar energy does not yet have the capacity of commercial flying, but I think it will be one day. One fact that I have heard, and thought was very interesting, was Elon Musk’s comment about covering the entire state of Utah to power the U.S. I thought to myself “there is no way that would work”. But after doing the math, it is accurate. It would equal out to just above the average yearly U.S. electricity consumption of 425 Gigawatts (3725 Terawatt-hours).